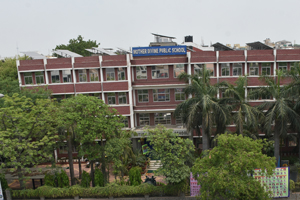 “A journey of thousand miles begins with a single step......”

The institution, one of the esteemed schools in Delhi, is a recognized composite coeducational Sr. Sec. School. It was founded in 1991 by Late Sh. Manoharlal Budharaja, a philanthropist an educationist and run by M.D. Memorial Charitable & Educational Society.

A non-profitable society. Though began as a Primary school, but, through the sincere and dauntless efforts of the management and faculty, it rose to the status of Sr. Secondary by the year 1997. During the last decade it has made progress by leaps and bounds and carved a niche for itself in the vicinity and achieved the glory of success under the able guidance of Ms. Eshaa, the honorable Principal.